24 hours at the dead sea

So usually, we (me and my boyfriend) are trying to find the cheapest way to travel, and this means we are hitchhiking a lot, using local buses, trains and so on.

But the truth is

when we were in Israel, WE RENTED A CAR!…. say whhaaaaaat?! Well, I know, I know is not the cheapest option but let me explain by telling you the whole story.

THE DEAD SEA AND THE SURROUNDING AREA

What do you know about the Dead Sea?…

Well, first of all, let’s make it clear: it’s basically a big salty lake, not a sea. But it’s quite interesting. Why?

The Dead Sea is bordered by Jordan, Israel and Palestine. Its surface and shores are 430.5 meters below sea level, which makes it Earth’s lowest point on land. With a salinity of 342 g/kg, or 34.2% (2011), it is 9.6 times as salty as the ocean. This salinity makes for a harsh environment in which plants and animals cannot flourish, hence its name.

Few things before you go swimming in the water:

The level of the Dead Sea is dropping really fast, more than 1 meter a year.

Although the Jordan River flows into the lake, its water level is constantly decreasing due to the strong water abstraction. Due to the decreasing water supply, the lake is split apart, and the southern part of the lower part of the north is gradually drying out.

The lake’s water evaporates heavily, caused by the tropical heat prevailing in the valley. Therefore, its surface is floating almost in a constant mist, and the other shore is only slightly visible.

The lake lies in the Jordan Rift Valley, and its main tributary is the Jordan River. This means that not just the sea is an awesome place to go, but the surrounding area too.

Ein Gedi is an oasis, with a kibbutz and a nature reserve near the Judean Desert. Probably this territory was an inhabited area b.c. 4000. Now, despite the dry environment, you can find here an amazing green area, thanks to a big waterfall/spring coming from the mountains.

What is soooo interesting about Ein Gedi??

The nature reserve and national park

There are four springs in this area and together these generate approximately three million cubic meters of water per year. In this way, the reserve includes a really unique vegetation (plants and trees) from the tropical, desert, Mediterranean, and steppian regions.

To visit the national park there are four paths you can hike. These have different difficulty levels, so you can choose the perfect one for yourself. (I would recommend the blue path.)

The Kibbutz and the botanical garden

Near the national park, you can find a kibbutz.

But what is a kibbutz???

In really short, a kibbutz is a collective community in Israel, based on agriculture. The first kibbutz has been established in 1909, and nowadays there are more than 270 of them.

Kibbutzim began as utopian communities, a combination of socialism and Zionism. In recent decades, some kibbutzim have been privatized and changes have been made in the communal lifestyle. So basically the principle of equality was taken extremely seriously up until the 1970s. Kibbutzniks did not individually own tools or even clothing. Parents didn’t even raise their own children, they were raised by the community.

Today, the Ein Gedi Kibbutz is a more modern, having moved away from some of the traditions but is really interesting because they are literally living inside of a botanical garden, where you can find more than 900 species of plants from all over the world. Also, they have a zoo, an eco-garden and a second-hand store.

If you go there, you can just walk in and take a tour around the garden and the houses of the kibbutzniks (those who live in the kibbutz).

Around 30 km from Ein Gedi, there is Ein Bokek. It’s a touristic city, with a lot of hotels and stuff. We stopped by for two reasons:

If you want to swim in the Dead Sea, you cannot do that anywhere you would like to because it’s too dangerous (because of the sinkholes and the salt crystals and some other stuff… 😀 ).

in Ein Bokek there is a public beach which is really good! And there are public showers!!! It is obligatory to take a shower after the Dead Sea. So maybe don’t use your favourite awimming suit.

Probably this national reserve isn’t that popular as the one in Ein Gedi, but we’ve been there and IT. WAS. AWESOME! There’s no entry fee and you can visit is anytime you like. Park your car near the road, and you’ll see a little river. Walk by the river, up to the mountains… Totally worth it!

Masada is an ancient fortification situated on top of an isolated rock plateau. You can visit it during the daytime, but everyone is going there for the unbelievable sunrise.

There are two ways of getting to the cliff-top fortress:

ALSO, there’s a cable car if you want another experience. 🙂

Opening hours: 5 a.m.–4 p.m. (but check it out before, because it may be different for the sunrise!)

(I will write about how to use this map: how to download and how to use it on your smartphone when you’re in Israel)

If you would like to visit all these places (on a low budget) I would recommend two options:

If you have just a short time

If you have more days

go by public transportation, and sleep in a tent or in a hostel. From Jerusalem, bus line 486 (5 times a day) and stops at Masada Junction and at Ein Bokek. The fare is 42 NIS (~10 euro) per person each way. From Tel Aviv, there is one daily bus to Masada and the Dead Sea, number 421. For more information, check out the official website. 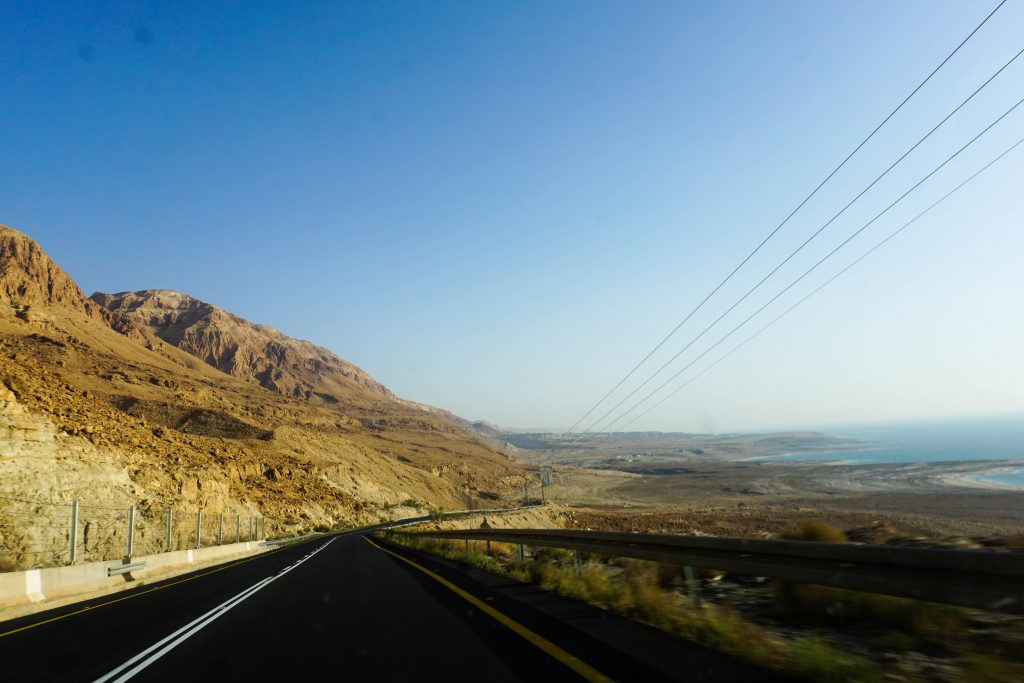 Before we went to the Dead Sea, in Jerusalem we met two super awesome Spanish guys at a Couchsurfing place. And we met a German girl on CS who wanted to go to the Dead Sea as well. So together we rented the car.

It was really really hard to get a car because we booked one online from SIXT (car rental company) but at the office we didn’t get a car, moreover they were rude and unprofessional AF…

Whatever. We left Jerusalem late, so, unfortunately, we couldn’t enter the national park in Ein Gedi. But we went to the kibbutz and it was a quite good experience. The Spanish guys started to talk to almost everyone, so we got a lot of information about the way they live there.

Then (almost by accident) we went to the natural reserve in Ein Bokek. And at night we were already swimming in the Dead Sea…

Bytheway: on the same day I had my 21st birthday, and it was a pleasure celebrating it with these awesome people! (they started to sing to me in the car :)) <3 ) Oh and by mistake I started to use my mobile data for 3 FKN MINUTES, and I didn’t see that my phone was connected to the Jordan phone network, so I have to pay 50 FKN EUROS for those 3 minutes… no words.  😐 😐

In the morning we woke up at 4:30, and we hiked up to Masada… It was a bit hard, but good morning workout! :)) The view was unforgettable… These 24 hours were unforgettable. 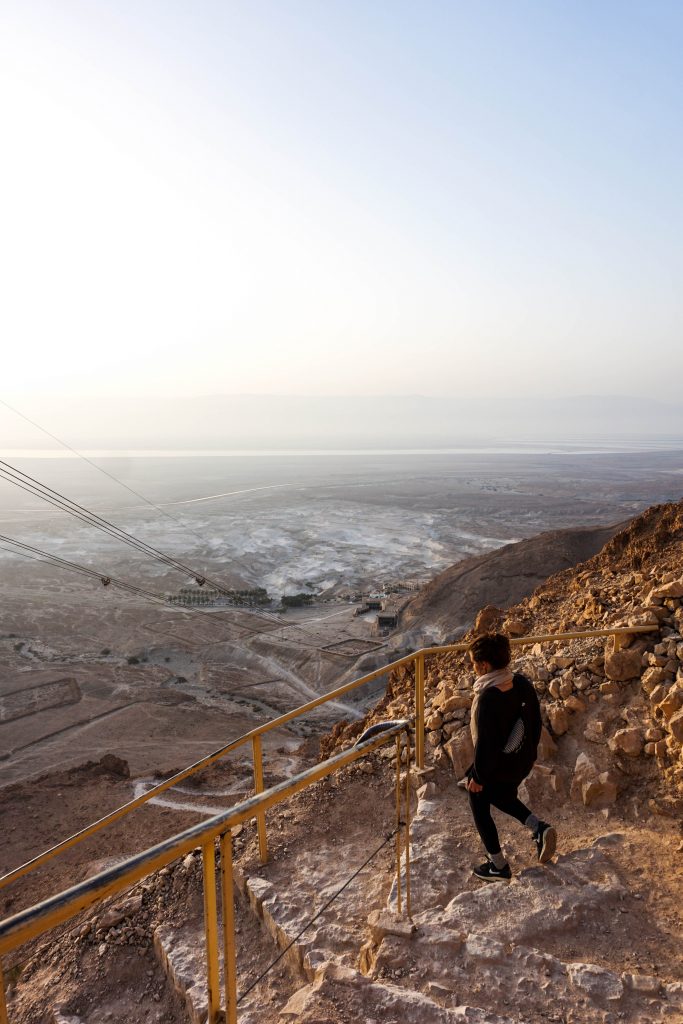 Usually, I don’t want to visit a place twice, because there are a lot of other new, interesting places where I can go…

BUT I will definitely go back to the Dead Sea!

Everything You Need to Know about Belize

My 5 favourite cenotes in the Yucatan peninsula

10 reasons why you should be using Workaway!